A Final Salute to Walt Tucker 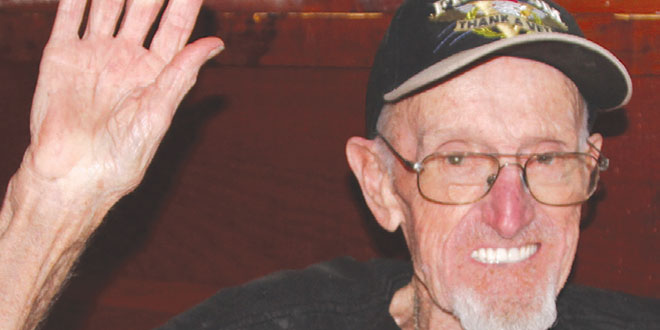 Walter Francis Tucker (Walt) died of natural causes in his Naples home on a Sunday evening in late March. Walt was 92 years old and will be missed by all who knew him.

Walt was a Pearl Harbor survivor. He spoke candidly with elementary students about his experiences during the attack on Pearl Harbor after a Veterans Day tribute a few years ago. “I saw the pilot (of a Japanese plane) stick his head out of the cockpit and sort of smile at me, he had on goggles and a leather hat. He came back again and started shooting down the road. Someone yelled at me to get behind a tree, so I ran behind a tropical palm tree and stood sideways. I could see the bullets hit the ground, right there, no more than five feet from me!” The few minutes Walt shared with that fifth grade class was probably the only opportunity those students will have to meet a Pearl Harbor survivor.

In an interview from his home a couple of years ago, Walt said, “I’ve always been lucky and I know why. I was meant to come home where I would have eight daughters and seven sons!” Indeed his purpose fulfilled, Walt and his wife, Susanne, had fifteen children. He spoke of his family often with an obvious sense of pride and gratitude. Walt held a family reunion in 2011 at the 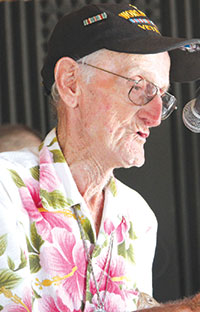 Snook Inn which included 38 members of his family.

More recently, Walt attended the Wounded Warriors Amputee softball game. He was chosen to throw out one of the ceremonious first pitches. Walt was thrilled to attend the game where he had the opportunity to meet many of the players. Walt loved to share stories about his military service, his work and his family. Anyone who knew Walt enjoyed his friendly spirit and loved to hear his interesting experiences.

Walt also had a long career with the engineering firm Henkels and McCoy. After retirement in 1988, Walt and Sue enjoyed traveling around the US in their RV before settling down in Chokoloskee and eventually moving to Naples.

Walt was preceded in death by his wife, Susanne (Henkels) Tucker and his brothers, David, Albert and James. Donations to The Susanne Henkels ’45 and Walter F. Tucker Scholarship at Country Day School of the Sacred Heart are being accepted in Walt’s memory. Instructions for donating to the school may be found at the following link. Please be sure to designate your donation specifically to the scholarship fund. mycountrydayschool.cdssh.org/give

Walt, we salute you!