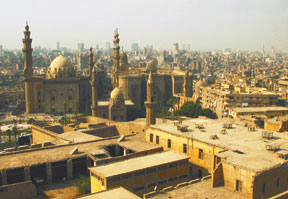 Before the 1979 Islamic revolution in Iran, we were able to travel freely and do business with our customers in Tehran. In 1976, I was working for an export company located in New Jersey. My sales territory included Iran, Saudi Arabia, Kuwait and Egypt. I had to make frequent trips to these areas to visit our customers and take orders. While traveling to the area was difficult at times due to complicated flight arrangements, it was not considered dangerous. My company had two major distributors located in Tehran who purchased tractor tires from us and I usually started my trips by visiting them first.

It was such a routine trip in 1976. I flew to Istanbul, Turkey, from New York, spent a few days visiting my family who still lived in Istanbul back then and then flew on to Tehran where I visited my distributors. The second leg of my trip was going to take me to Egypt where I planned to meet a new distributor in Cairo for the first time. My flight arrangements were made in Tehran by my distributor’s office. I was to fly Iran Air to Cairo. After completing my visa procedures rather quickly courtesy of my distributor’s wife who was the daughter of a high ranking Savak (secret service) official in Iran, I arrived at the Mehrabad Airport to board my flight. I was carrying a single piece of luggage and an attaché case with my catalogs and paperwork neatly packed into various compartments. It was my habit to do some shopping prior to leaving the airport and I purchased three or four Swiss chocolate bars and a box of crackers which I planned to feast on during the flight.

It was to be a routine non-stop flight to Cairo in a recently purchased Iran Air Boeing 727-200 jet. I took my window seat over the right wing hoping to get a good view of the Mediterranean as we landed at the Cairo Airport. The flight path was to take us over Iraq, Jordan and over the Suez Canal into Cairo with an estimated flight of nearly three hours. Approximately two hours into the flight, I thought we were losing altitude in preparation for a landing. Since this was to be a non-stop flight, I was curious and concerned. Just as I was going to ask the flight attendant if we were getting ready to land the pilot came on the intercom and announced that we will be making an unscheduled stop and we should all lower the shades on the windows next to us and not to open them until further notice. That was a strange request but everyone obliged. Shortly thereafter our flight landed and we started to taxi on the tarmac. The pilot repeated his stern warning over and over again that no one was to lift up the window shades. Nervous flight attendants walked up and down the aisles offering candy and soft drinks to the passengers and making sure the window shades were down. I was getting more and more curious every passing minute. Finally, for reasons unknown to me to this day I lifted the window shade up ever so slightly and looked out. Large grey colored wooden crates which carried military markings were being unloaded and being quickly loaded on a number of half ton military trucks. I recognized the uniforms of Lebanese Security forces worn by the men doing the loading. We were at Beirut International Airport. “This is not good” I remember thinking.

Noticing the light coming in from the window, the flight attendant came running down the aisle and slammed shut the window almost slicing off my nose. He yelled something at me in Farsi and said “no, no, no” in English while he stared me up and down. A few minutes later, we taxied once again, took off and started to climb up to our cruising altitude. 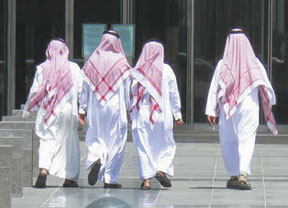 had estimated at most an hour flight to Cairo. An hour past, two hours and then three hours and we were still at our flight altitude. Finally about three and a half hours into the flight the pilot announced that we would be landing in Jeddah, Saudi Arabia; another unscheduled stop. Now I was really worried. I did not have a visa to enter Saudi Arabia and I was hoping we would not have to leave the plane for any reason whatsoever. Luck was not in my destiny that particular day. After a smooth landing we quickly taxied to the terminal and were asked to leave the plane immediately and wait in the lounge. I called the flight attendant over and told him I did not have a visa to enter Saudi Arabia and I did not want to leave the aircraft. His hurried but stern response was “Everybody leaves now”. So with trepidation and a heavy heart, I got a hold of my attaché case and walked out the front door where I was promptly met by a tall, skinny Saudi customs agent in his pure white ‘thobe”; the traditional outfit for Saudi men. He looked at me with a very serious but non-threatening manner and asked for my passport. I was a full year away from being a US citizen so I handed it over my Turkish passport and my “green card” to him indicating I was a legal resident of the USA.

He leafed through the pages and said “no visa” and handed the passport and the green card back to me. Well, I knew that would be a problem so I tried to explain to him that I was on my way to Cairo; and that I had no intention to stay in Saudi Arabia and showed him my ticket. He looked at the ticket with total disinterest and said “no visa, go here” pointing to a room at the end of a long corridor. I was in trouble for sure now and started to wonder if this had anything to do with my lifting up the window shade and seeing the military supplies being unloaded at Beirut Airport. The thought of running back into the airplane flashed before my eyes for a brief second but I quickly regained my senses and decided to cooperate with this man whose English was limited to “no visa” and “go here”.

He walked me over to a room at the end of a long and narrow corridor, opened the door and let me in. As soon as I got in, the door was closed behind me and locked. The footsteps of the Saudi agent walking away were the last sounds I was going to hear for the next 68 hours. I reached for the light switch on the wall, which turned on a single naked light bulb at the end of a black cord hanging from the middle of the ceiling. This was an approximately six by ten windowless room. The only opening to the outside world was the now locked door and a small smoked glass rectangular window which was open half-way immediately above it. There was a white blanket covered single bed with a rectangular pillow in one corner of the room. Next to the bed was a small wooden table on top of which was a bottle of water covered by an upside down glass and a wooden chair. A very small bathroom with a toilet bowl and a sink was attached to the room. It was now mid Thursday afternoon in Jeddah and I knew for sure I was in trouble.

In the Muslim world no one works on Fridays or Saturdays. If I could not get out of this room before the airport closed for the evening, I knew I would be there at least until early Sunday morning. I estimated that I could possibly be in this room at least for the 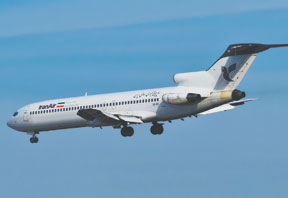 next 57 hours if the Saudi agent went home and left me there. Banging on the doors was not an option and cell phones and personal computers as well as wireless systems were not invented yet. I told myself not to panic and I evaluated the situation. I had a box of crackers, three bars of Swiss chocolates, and a bottle of water courtesy of the Saudi airport authority, a functioning toilet and a sink with running water. It was an air conditioned room which was a blessing. This was definitely a holding room for travelers who arrived without valid visas and were to be deported as soon as possible.

I took off my jacket, tie, socks and shoes and sat on the bed in my trousers and t-shirt. I was there for the next 68 hours surviving on my crackers, chocolate bars and water planning my next move when the airport opened for business early Sunday morning. Sunday morning came but I did not hear any airline traffic. The airport was as quiet as the last few days. Finally at around 11 AM Sunday morning, I started to hear some noises. Then, to my total surprise, I could hear Turkish being spoken in the distance. I started to bang on the door screaming in Turkish for assistance. A few minutes later, someone walked over to the door and asked me who I was and what I was doing there. I told him my story and asked him to get me out of this mess. He was part of a Turkish construction crew painting the airport. He did not have a key he said but he knew an Indian gentleman who worked for Air France who would be coming in to work at the ticket counter for a mid-day flight to Paris. In half an hour, he was back with the ticket agent who spoke English and patiently listened to my story. “I can get you out of here” he said “How much money do you have?” I had seven hundred Dollars with me. He asked me to slide the money from under the door. Hesitant but without an alternative plan I slid the hundred dollar bills under the door. He told me to get ready because we were going to make a quick exit when he returned. I was ready to run. Half an hour passed before he came back, unlocked the door, put a one way ticket to Paris on Air France in my hand and we started to walk as fast as we could to the gate. I was processed through very quickly and walked in and took my seat in the airplane. The Indian ticket agent stood at the door with a huge smile and walked slowly away as the airplane’s doors were shut. The next thing I remember is landing at Charles De Gaulle airport in France on a rainy but beautiful Sunday evening.

I had non-visited Saudi Arabia for 68 hours, never seeing a thing other than four walls, reading the same Time magazine over and over including all the advertisements and eating the tastiest crackers and Swiss chocolates three times a day. Over the many years since then, I have always wondered what really happened to me; if the events were related or was this all a scam run by the ticket agent and the Saudi customs officer on a regular basis. Checking my air France ticket I had found out that it only cost about $400.00.

I could almost see the Indian gentleman from Air France paying the Saudi customs agent one half of his take from the scam. But then I did not reallycare; I was now visiting Paris and I was free…

My luggage never showed up…