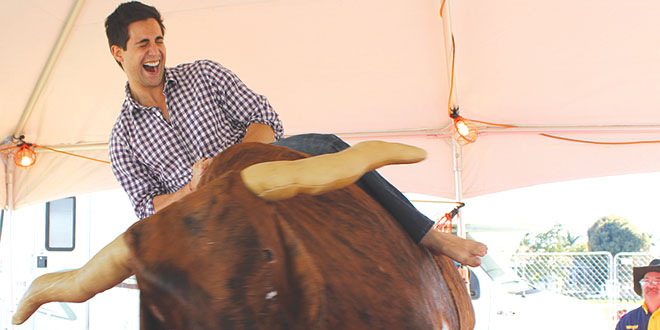 Three days of fun, excitement and literally something for everyone,” such was the description of the 3rd Annual Festival on Marco by Marco Island Charter School Principal George Abounader. The festival was held at Veterans Park. Festival attendees could do anything from riding a mechanical bull to enjoying the various midway amusements — including a huge ferris wheel — to taking a chance at the midway games and other rides offered by Tolve Amusements.

The Kriger Orthodontic stage lineup on Friday night was dedicated to Marco Island Charter Middle School and the numerous volunteers who donated time to the festival. Entertainers included the MCMS Jazz Band, STARZ singers and MICMS teacher and vocalist Mary Jo and her husband Mike O’Regan. The Festival on Marco benefitted both the school and the Greater Marco Family YMCA.

“This is a great family event, a 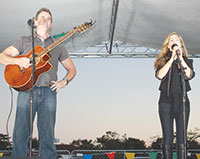 nice safe place you can bring the kids, or if they’re a little older, let them enjoy on their own,” said Cindy Love, executive director of the YMCA. Proceeds from the event, she added, will help subsidize the Y’s scholarships, which many of the youngsters in the pre-school and after school programs utilize.

“Fifty percent of our preschoolers and 82 percent of our after-school kids are on scholarships or have their fees waived. You have to pay for that somehow,” she said. “We do not turn anybody away from our programs for inability to pay.”

Beach Dogs Hot Dog venders were on hand to feed hungry folks along with Nacho Mama’s Tex-Mex Marco Island restaurant. The YMCA dished out numerous bowls of delicious Tortilla soup along with hot slices of pizza.

Walker Marine joined the festival this year with a boat exhibit. 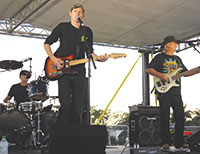 Attendees could purchase dresses and jewelry at an outdoor arts and craft fair, and a mini farmers market sold hundreds of pounds of fresh fruit and veggies to eager buyers. The Veterans Park Memorial Committee offered up information about the proposed fountain, and pavers that will be installed at Veterans Park could be purchased.

Volleyball Tournament winners were the team from the Marriott Resort & Spa who defeated a strong team submitted by the Marco Island Charter Middle School.