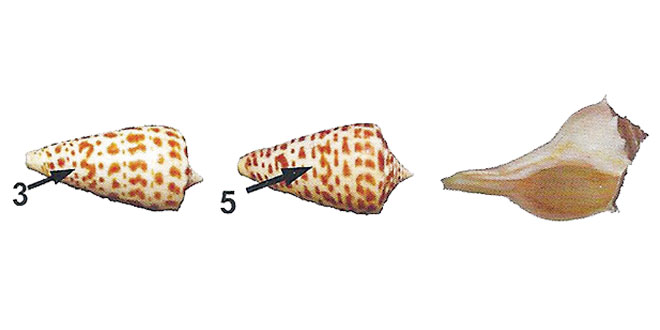 The 35th Annual Shell Show is presented by the Marco Island Shell Club. There will be dozens of magnificent juried scientific and artistic exhibits. One can find beautiful shell art pieces, see unique specimen shells and A LIVE shell tank will be on display. The show will be held March 12-14, 10AM to 4PM at the United Church of Marco Island, 320 N. Barfield Drive. A $2 donation is requested.

All proceeds of the show will go to support the Marco Island Shell Club’s scholarship Fund. Scholarships are awarded in conservation and education in line with the club’s mission statement: “To promote the study, conservation, science, history and appreciation of seashells and mollusks in all their forms.” The scholarships of Florida Gulf Coast University and the University of South Florida will depend largely on proceeds from the upcoming show.

This year’s show will feature a contest, “The Hunt for an Anomaly”. An anomaly is a shell that is a deviation from the normal shell in color and shape. For the prize, you need to find, an Alphabet Cone with a #3 or #5 (or both) on the shell, in honor of our 35th year. Or, a Right-Handed Lightening Whelk (an aperature/opening is on the right). Bring your anomaly to the show on Saturday, March 14th at 1PM.

The Marco Island Shell Club offers workshops and sessions in season to those interested shell craft and jewelry items created to be sold at the show. Prizes will be awarded.

Judges for the show are Dr. Jose Leal of the Bailey Matthews Shell Museum; Dr. Gary Schmelz Marine Biologist and Paleontologist, Bill Jordan a respected shell artist and Phyllis Gray, a shell show exhibitor and judge. Trophies in 19 categories will be awarded.