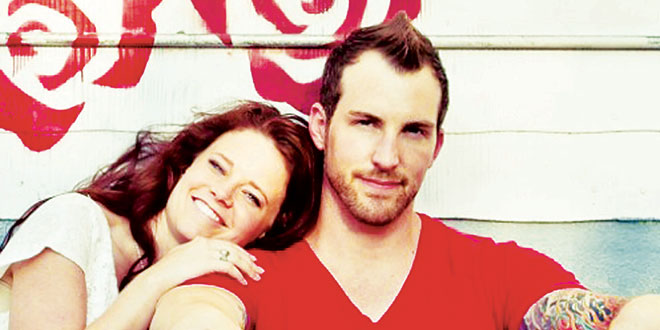 The Marco Island Prayer Breakfast will host war hero Benjamin Sledge as the speaker at their annual event being held Tuesday, February 24th from 7:30-9:00 a.m. at the Marco Marriott Hotel. Ben Sledge is a wounded combat veteran of the United States Army with tours in Iraq and Afghanistan under the Special Operations Command. He served for 11 years and is the recipient of the Bronze Star, Purple Heart, and two Army Commendation Medals.

After leaving the military, he began working for Strategic Forecasting (more commonly known as Stratfor) as a junior designer, moving up the ranks to become the head of Stratfor’s Design Department. Ben’s artwork has been featured in the New York Times best seller The Next Decade by George Friedman, Time Magazine, the Los Angeles Times, Washington Post, Fox News, and CNN. Recently his artwork was again featured in Under Fire by Fred Burton, which is currently being turned into a movie by HBO.

Sergeant Sledge was also working as a youth pastor with Gateway Church in Austin, Texas, and here he found himself involved in a new, different battle: to help the next generation find answers to their questions and hope for their future. How did he come to find his new mission?

“In real life, I was skeptical and hesitant,” says Ben of his own younger” “crazy partying, but bitter and alone” days. “Because I met people who emulated Him…it transformed everything.” He writes in a blog directed to young people, “Why am I a Christian? Because I know I am a train wreck in a dumpster fire. But God loves me 100% as is, right now.’ He whispers, ‘You can make it.’”

Today, Ben works as College and 20’s program pastor at Gateway Church and for Heart Support, a non-profit that helps millennials (generally 18-33 years-olds) whose lives have been devastated by addictive substances, depression, sexual abuse, suicidal thoughts, loneliness, broken relationships, and a host of other issues.

“Loving people is hard. Loving messy people is even harder,” says Ben. “We’re forgetting how Jesus sees people…often times I want the fame. I want the prestige…or I just ignore the messy people. But the call of Blind Bartimaeus still echoes throughout our society, ‘Have mercy on me! Just notice me!’”.

In addition to our speaker, the MEGA Praise Team directed by Linda Krehling will also be donating their time and talents to the Prayer Breakfast. The MEGA Praise Team is a group of local musicians who perform throughout the southeastern United States at churches, festivals, and special events. This will be their eighth year contributing to the success of the Marco Island Community Prayer Breakfast.

The Marco Island Prayer Breakfast is modeled after the National Prayer Breakfast held in Washington D.C. and the Governor’s Prayer Breakfast. “We are non-denominational, have no political agenda, and are not a fundraiser,” says Don Kolowsky, previous board president. “Our purpose is to bring the community together in an acknowledgement of the need of Almighty God’s blessing in the affairs of our community and in recognition of His values as the foundation of our nation’s history.”

The Prayer Breakfast has grown over its 32 years and is expected to have about 700 attendees in 2015. Some adjustments have been needed to keep up with its growth. For example, “This year we have made sound system improvements so that both the dynamic speaker and the MEGA Praise Team will be clearly heard from any seat in the room,” says Don.

Tickets for the February 24th, 2015 Prayer Breakfast can be purchased at most houses of worship, the Chamber of Commerce, or at www.MarcoIslandPrayerBreakfast.com.