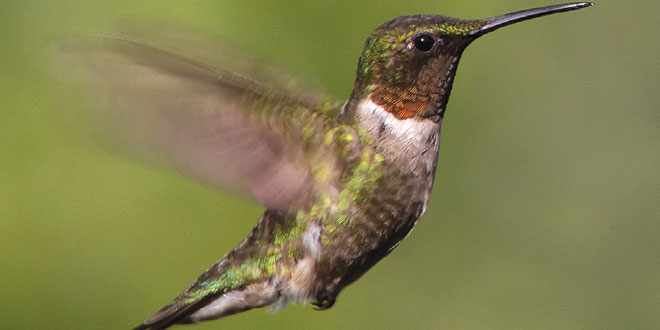 Each winter, the National Audubon Society holds their annual nationwide Christmas Bird Count. This is 114th year that thousands of volunteers armed with binoculars, field guides and bird lists from all over the country get out in their neighborhoods, local parks and natural areas to document each and every bird they see and hear in about eight hours. It is “citizen science” at its best, giving an overall assessment — good or bad — of bird populations that enhance biologists’ studies of bird populations, migration routes and the health of our world’s ecosystems. This count contributes to the longest running wildlife assessment recorded in the world, and helps support and guide conservation actions locally and globally.

This is the seventh year I have participated with biologists Karyn Allman and Sally Stein on the Marco Island team. We were out very early on the morning of Jan. 3. The weather was cold but not as cold as past years. It was 59 F degrees at dawn, and only reached 61 F by the afternoon. The sun came out for just an hour, and the northwest wind was blowing a constant 10-15 mph. By late afternoon, after canvassing the Island Golf Course, Mackle Park, Marco Island Cemetery, Indian Hill, Otter Mound, Stevens Landing, Key Marco, Calusa Marina, Barfield Bay and many residential streets, 52 different species of birds were observed with approximately 1,104 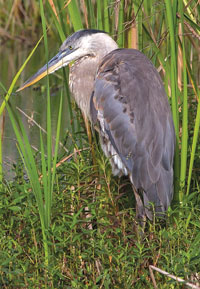 Not a banner year but not an entirely disappointing year for the bird count occurred. In Southwest Florida, 135 different species of birds were documented (2011 holds the record of 152 species) with at total of 18,225 birds counted, though this is the fourth lowest count in 14 years. The record count for this area was in 2008 when 34,490 birds were documented.

Still, there were four new birds recorded. One Canada Goose was observed at the Marco Island Country Club lake; eight Black-bellied Whistling Ducks were counted in the Ten Thousand Island National Reserve marsh; three Snowy Plovers; and two Piping Plovers were counted amongst the hundreds of shorebirds gathered near Caxambas Pass on the sandbars.

Reoccurring but rarer birds — some not observed since 2006 — were one Black Scoter, nine Horned Grebe and 25 Cedar Waxwings. Not as rare but a treat to see were a dozen Gold Finch that were enjoying the large trees at the Marco Island Cemetery.

Of the 13 different teams, each team saw species that no other team recorded. Of course, the team on Marco Island noted the Florida Burrowing Owl, Muscovy Duck, Mallard Ducks and Magnificent Frigates soaring above. Out in the agricultural fields off of Tamiami Trail East, team leader Monica Higgins, recorded a Snail Kite, Ruby-throated Hummingbird and a Brown-headed Cowbird.

If you are interested in participating in next year’s Christmas Bird Count in southwest Florida, please contact Nancy Richie, Environmental Specialist, city of Marco Island, at 239-389-5003 or nrichie@cityofmarcoisland.com. If you would like to participate in another region, please go to birds.audubon.org/christmas-bird-count to find a contact for specific regions across the nation. It’s a great way to kick off a new year by enjoying the great outdoors and contributing the planet’s bird population trends through the years.