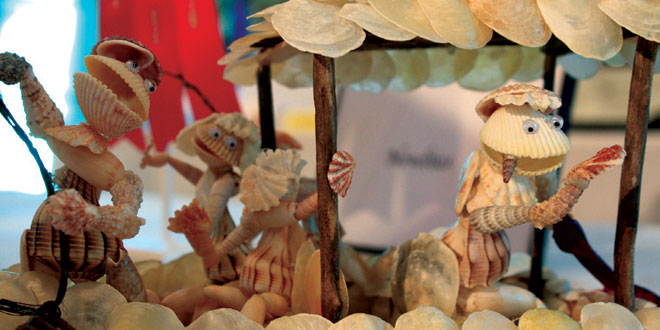 The Marco Island Shell Club hosted its 33rd Annual Shell Show from March 14th to the 16th. Awards were given in many categories, both scientific and artistic. Patrons could view the award-winning designs and purchase many others created by members of the Shell Club from November through March.